Todd and Gregg Pitts have been singing and performing together for over 40 years. Growing up in the wake of a remarkable period in music history, they gained a love of the duos of the era; The Everly Brothers, Jan and Dean, and of course Simon and Garfunkel. The vocal blend of siblings shines through as they retrace the great hits of this duo that made us appreciate  “The Sound of Silence.”

Tiffany Haas most recently appeared on Broadway as “Glinda” the Good Witch in the smash hit musical Wicked. Prior to that she performed in the national tour of Wicked, The Drowsy Chaperone and has starred with numerous symphony orchestras across the country.  Originally from Yorktown, Virginia, Tiffany received a BFA from the Cincinnati College Conservatory of Music where she studied Opera and Musical Theater. During her time in Cincinnati, she won the title of Miss Ohio 2002 and went on to compete in the Miss America Pageant in Atlantic City. Tiffany is equally passionate about helping others grow and excel as performers.

Pioneer pianist Floyd Cramer and guitarist Chet Atkins’ names are synonymous with the “Nashville Sound.” They are legends at their instruments, two giants in the music industry; Floyd Cramer’s unique “slip note” piano style and Chet Atkins innovative thumb-and-two-finger style. Their legacy lives on through Floyd’s grandson, Jason Coleman, and Chet’s niece, Meagan Taylor. They perform the iconic country and pop hits from this era, along with a captivating multimedia presentation and storytelling.

Slim Man is a jazz musician that won the Best Jazz Vocalist at the Coachella Music awards in 2016-2017. He also will have new release out this August. The Young at Heart CD is a collection of Rat Pack songs with a Slim twist.  At a young age, Slim saw Louis Armstrong play the trumpet and sing and then he went on to study trumpet for the next 9 years, and also taught himself how to play piano and guitar. He’s had songs recorded by the Temptations, Angela Bofill, Carl Anderson, and other artists. Slim’s big discovery was named Ronnie Dunn, who went on to hook up with Kix Brooks to form the multiple Grammy award-winning country music duo, Brooks and Dunn.

Rob Verdi received his musical training at the Arizona State University School of Music and after a year of teaching junior high band, Rob relocated to Los Angeles to accept a position with the Entertainment Division of the Walt Disney Company.  His jazz band, the Side Street Strutters, entertained guests at Disneyland for 22 years. In 2008, Rob introduced audiences to Saxophobia, an exciting show which offered audiences a glimpse at some of the most unusual saxophones every manufactured, and paid tribute to a handful of legendary artists who contributed to the development of jazz and the popularity of the saxophone. Verdi’s 2013 stage show, SAXsational, invited local schools to share the stage with him during formal concert presentations. Rob created SAXsational, The Next Generation, which explores a variety of musical styles, including popular jazz standards of the swing era, iconic rhythm and blues selections and trendy, contemporary pop hits.  He currently performs at the Disneyland Resort, is active in a variety of Los Angeles area musical projects and conducts jazz workshops for the Disney Magic Music Days guest talent program.

Jeff Little
Sunday, May 5, 2019 - 3:00pm - Mathews High School Auditorium
Visit one of our local restaurants (linked here) before or after the show. Present your season pass to receive a discount for the ticket holder only. 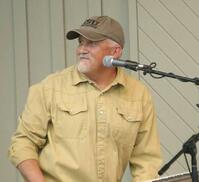 Little’s involvement with fiddle tunes, old time country, and traditional blues dates to his growing up in Boone, North Carolina, where his family, owned a music shop. The shop was a regular gathering place for musicians who would just stop by to pick a few tunes. At an early age Jeff would regularly sit in with many of the musicians from the region, including one of America’s most influential musicians, Doc Watson. These influences helped shape Jeff’s approach to the piano which is based on these deep musical traditions.
Today, Jeff stays busy traveling the country performing concerts with an energy and dedication to his music that is evident at every show.  In 2014 Jeff was inducted into the Blue Ridge Music Hall of Fame. In addition Jeff is a full time faculty member and Artist in Residence for the Popular Music Program at Catawba College in Salisbury, NC.
Promotions and selections made through Live on Stage